Reflex is a single page app framework written in Haskell compiled to JavaScript. A major concern with reflex is the slow loading times, this can be mediated however by doing server side rendering1. This blog post will discuss how to do that2. 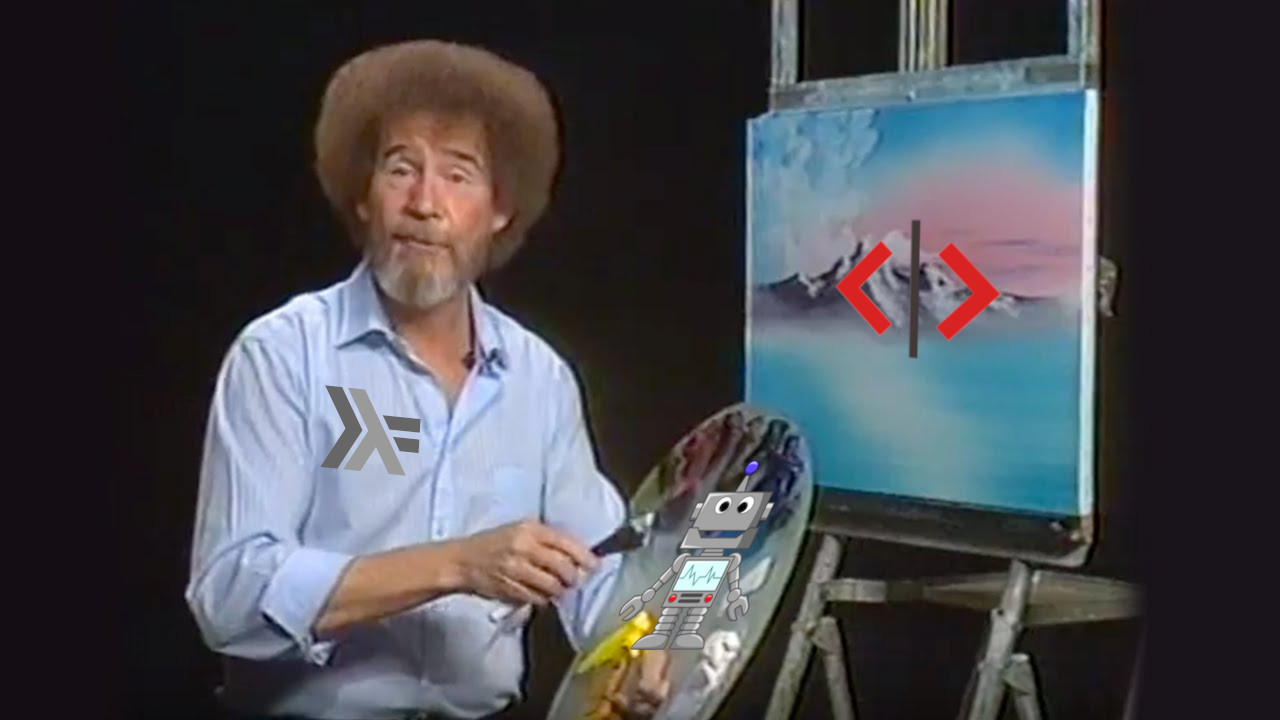 The main idea is that we can share most of our single page app code on both the frontend as well as the backend. The backend will create a static HTML page, whereas the frontend will be a JavaScript client. The browser can display this HTML content very fast without having to interpret any JavaScript. This is where all the speed gain comes from. 3 JavaScript developers call this technique ‘isomporhic’4 JavaScript. This blogpost will tell you how to do it with reflex. I found it surprisingly easy, and the results very impressive.

The renderStatic function does the HTML rendering. However to use it we need to jump trough some oddly-shaped, MTL flavoured, hoops5. Doing this is not much harder than writing a regular reflex app. Jumping trough these solves handling browser native primitives, such as XHR calls. This is done with help of prerender. Which is also the key to displaying authenticated content fast, but we have to rewire the the initial app state to do that. Fortunately this rewiring caused the initial state management to become more elegant then it was in the authentication post.

The source code is available in the reference project.

We need to get rid of WidgetMonad and replace it with the underlying builders. We do this because the WidgetMonad has a nasty equality constraint on GhcjsDomSpace that prevents the use of renderStatic:

A good strategy is replacing it with DomBuilder and add more constraints based on compiler requests. MTL monads push outwards. That is to say, the low level widgets determine the constraints of the higher level widgets.

Unfortunately this is not the only place for that equality constraint. The input and textarea widgets indirectly cause this constraint too because of their return types. For example in input:

There is no direct equality constraint, but it gets asserted anyway because of functional dependencies. However I made an alternative to both these widgets in the Bulmex library. In which I just copied the original and removed the constraining records from the result types. They can be found here.

As mentioned before, we intent to share most code between the client and the server. In case of the client we use a JavaScript executable entry point and get a GHCJS DOM environment. In case of the server we use a servant endpoint as entry point and get a static DOM builder environment. When the GHCJS environment is accessed reflex needs to know what to do in the other environment and vice versa. In the browser for example we’ll happily do XHR calls, but when doing server side rendering we can simply ignore the request9. This use case between environments is handled by prerender:

Now we can enhance all servant-reflex calls with prerender calls, to make it do nothing in the static environment and do the XHR calls on the GHCJS dom environment. For example the postLogin function from the authentication blogpost now looks like:

Here postLogin' is the generated endpoint from servant-reflex. In case of a server StaticDomBuilder environment we do nothing never (pure never)6, in case of a GHCJS DOM environment we do the postLogin' function. The fmap switchDyn part is to get rid of the dynamic, which is unnecessary because we already return an event. Similar code can be used for all generated endpoints7.

In the previous blogpost we’d simply return a ‘401 unauthorized’ status code. Servant auth allows us to decide how to respond. Which we can see in the implementation:

The main function is the entry point for the reflex code. We wrap it around in htmlWidget, which has HeadSettings to load the JavaScript client as a simple URI. The decision of what to show is completely pushed into the reflex code, the only thing we do at server side is give it the IniState. Next we’ll discuss how the reflex app decides what to show in this environment.

So now we have an IniState for the app, we can read or write it to the DOM depending on environment. I wrote a function for that. On the app side this is done by writeReadDom:

The first value is the HTML id, the second one is the app state as received by it’s respective endpoint. The result behaves roughly like this:

Of course the JavaScript will look completely different and the result is put in a dynamic. But the resulting behavior is the same, the server encodes the JSON and the client will decodes it giving us the app state from the server without additional requests. Under the hood prerender figures out if we need to read or write. All the client needs to do is provide said value, in case of the example app this is just a Maybe User. The decision of what to display is all integrated within the same reflex code like this:

We always get an IniState, but we make sure to first put it in writeReadDom. This ensures that the IniState is the actual IniState from the server and not the one we hardcoded in the executable to make the compiler happy8. This iniDyn then gets used for the loginWidget which returns a loginEvt. If the event fires it has a user, with which we can display the authenticatedWidget. This is done with help of holdEvent. Note that if no event is received, no authentication is done. loginAttr will however become hidden as soon as there is a loginEvt, hiding the login form. The login widget itself looks like this now:

Compared to the previous blogpost we got rid of autoLogin and use the IniState instead. The post build event is used to sample the current value of userDyn. This ensures a user event fires if there is one available. That mechanism also works for static rendering.

Loading times was one of reflex major weaknesses and this blog post discussed how to mostly remove it. It still takes time before the app becomes interactive, but at least now useful information can be shown to the user instead of a loading screen. I’m really happy with the end result, and I think anyone with a reflex app should seriously consider doing this.